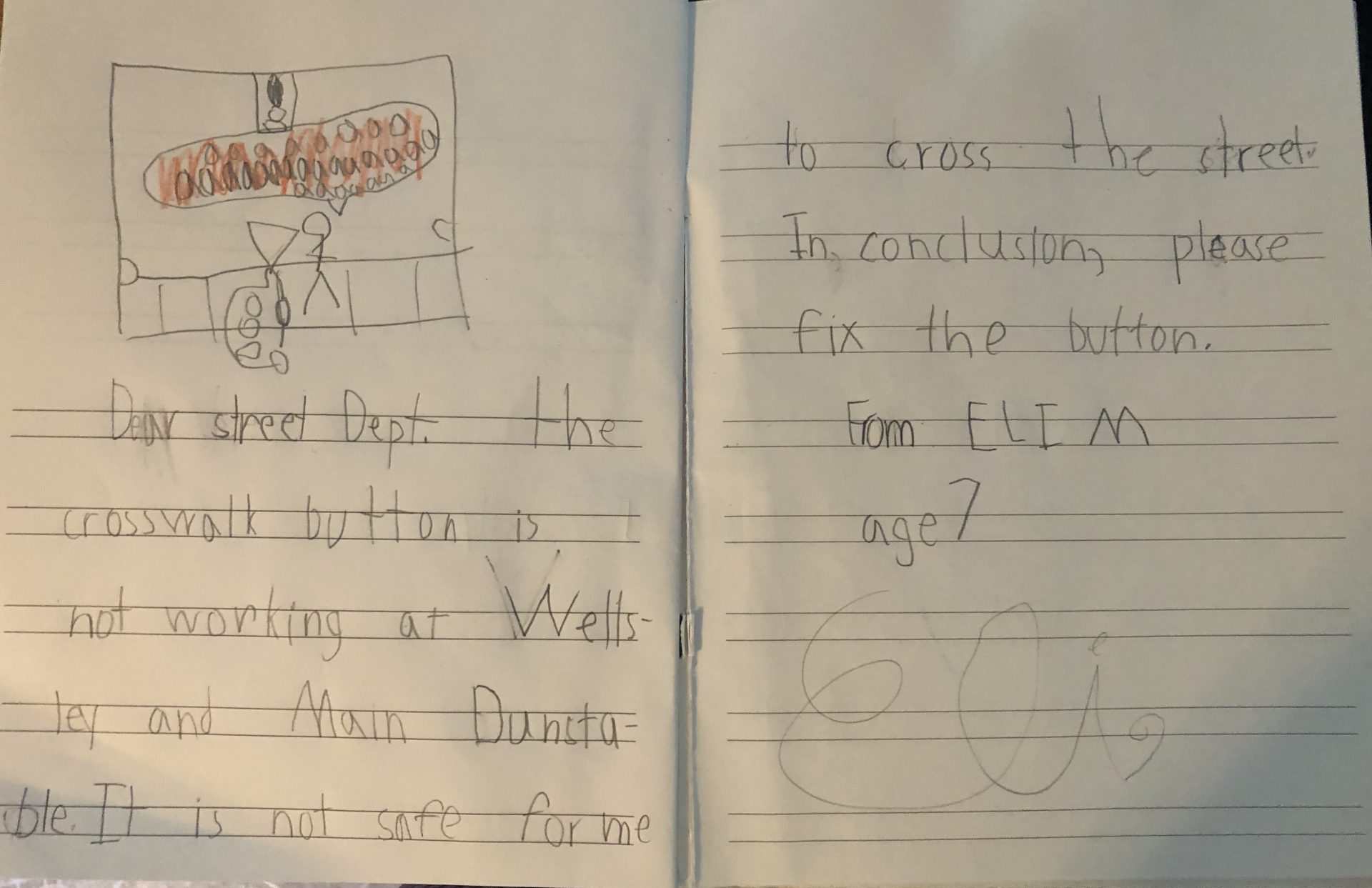 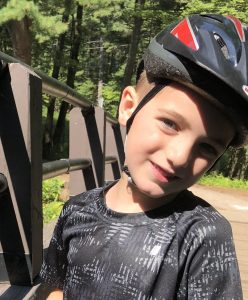 While Micro City has yet to elect Government Officials or instate Peacekeepers, a student here at MACS has been displaying citizenship in the larger community. Eli, a second grader who walks to school, recently took it upon himself to write a letter to the Nashua City Department of Public Works about a crosswalk that stopped working. The city wrote back saying that they would look into the matter and thanked Eli for bringing the issue to their attention. The city fixed the crosswalk button soon after and Eli can now bike to school again safely.